Well, we are part of a group of four in Bridge of Allan who have just opened our garden for the first time to the public. 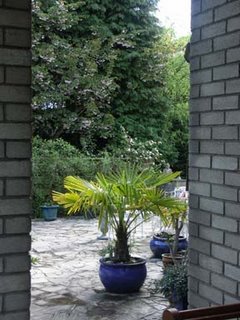 Now there is nothing like the thought of several hundred people inspecting your garden to cause you to hurry up and finish off all those odd jobs that have been lurking around for months, well, years in some cases.

The national charity,Scotland's Gardens Scheme, started 75 years ago inviting people to open up their gardens as a novel form of fund-raising and it has proved to be hugely successful. 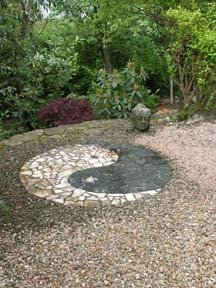 We were gobsmacked to be asked. A few years ago ours was the proverbial "garden from hell"- wooded, north facing, steep slopes with the added bonus of deer and rabbits who ate everything. It was a nightmare to turn around. Maybe because it was so difficult that led us to find some unconventional solutions.
Well here's the result. 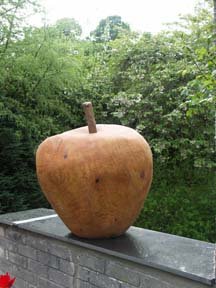 On Sunday afternoon we invited friends to help out including our next door neighbour, John Gray, who found himself directing traffic for four hours non-stop!- not bad for an octogenarian. 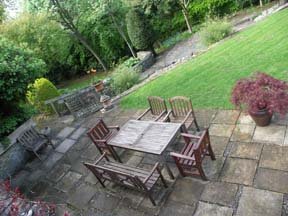 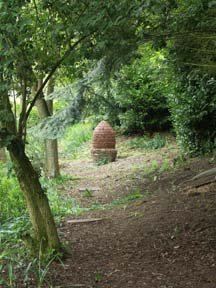 We had thought this would just be a local event but we found people came from all over the central belt: Glasgow, Alloa, Aberfeldy, Falkirk, Brig O'Turk, Yetts of Muchart, Larbert, Stirling,Drymen, Fintry,Kippen, Gargunnock, Dunfermline and even a visitor from Australia! 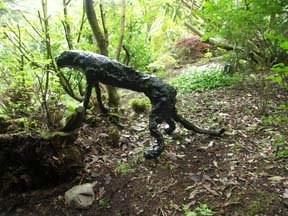 Afterwards we all agreed that the open day had been a great success despite a big traffic holdup on the motorway near Stirling causing tailbacks for several hours. 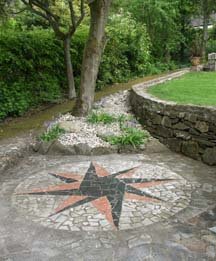 And the oldest visitor was a 96 year old woman who took great pride in naming the plants she recognized. 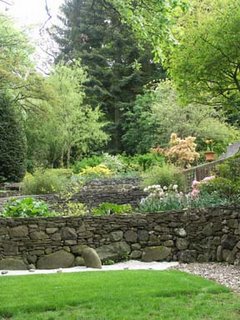 Oh yes, and the afternoon raised over £1,000 for Strathcarron hospice.
Posted by Ann Shaw at 3:56 AM