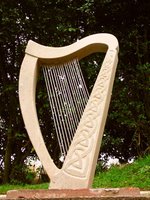 Carving in stone may be deeply unfashionable in some artistic circles- after all its no longer taught at art colleges- but there is no doubting the ability of stone to resonate with the human spirit throughout the ages- from the cave paintings in Spain to its popularity with the public today.

Witness the hugely successful first ever Stone Sculpture Symposium in Scotland held this month ( Sept. 2006) in the grounds of a castle near Stirling. 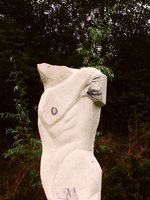 
A dozen sculptors from as far afield as Canada, Germany, France, Norway as well as Ireland, England and of course Scotland had been invited to make work in the grounds of the castle for a week . 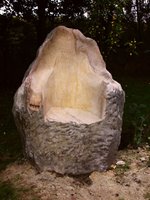 The event was organised by sculptor Tom Allan, who passionately believes that stone still offers a valid expression for the creative expression of art, and he describes the week as a “resounding success”. 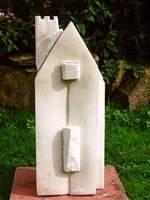 Plans are already underway for the second Stone Sculpture Symposium in Scotland next year. 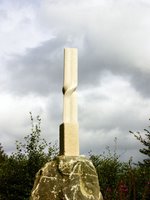 But first Tom is taking a well earned break - with a few weeks carving in the Carrara marble quarries, near Pisa.


On a personal note I found the symposium a refreshing change from the arid conceptualism masquerading as art that fills so many of our galleries today. 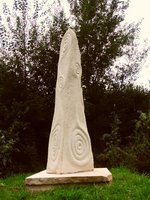 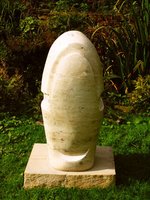 Well done Ann, I was a participant in the symposium and enjoyed every aspect of it. I have put a link on my "Borders Sculptors" website to your blog so you should get a few visitors from there.