Ann Shaw talks to Andrew Bryant about working in the virtual realm, her career development from journalist to artist, and current concerns. 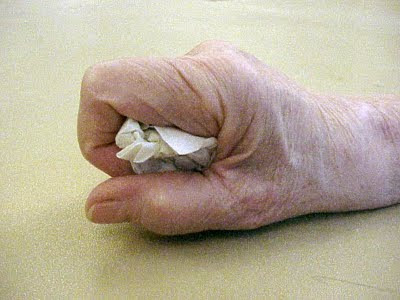 Andrew Bryant: You had a previous career as a journalist. What made you
switch to art and how difficult was the transition?

Ann Shaw: I come from Wales and in those days it was unheard of for anyone
to go to art college – you either went to university or teacher training college.
When I moved to Scotland I found myself for the first time in a country with a
strong visual culture. This allowed me to renew my interest in art by going to
evening classes, weekend courses, holiday courses and even a masterclass
with Eduardo Paolozzi. I switched to job-sharing so that it would give me more
time to practise my art and I had a WASP studio, though I was aware that I
needed art school training.
Leaving the security of a very well paid job, which I thoroughly enjoyed, for the
insecurity of life as an artist took me several years to resolve. In the end my
desire to make art won through. I had by this time already started exhibiting
work, but it was very much a hit and miss affair. I knew that in order to progress
I needed both the training and the official stamp of approval of an art degree. So
I took voluntary redundancy from The Glasgow Herald (as it was known then)
and started a four-year, full-time course at Glasgow School of Art. Once inside
art school it became obvious that there were many different strands to art. A
year in Chicago on exchange to The School of the Art Institute opened even
more doors (especially digital video and performance). 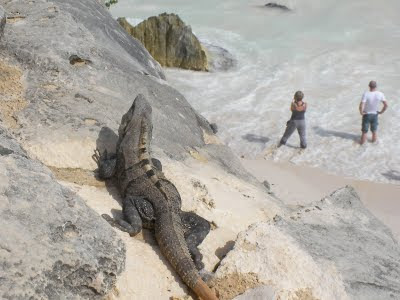 '"The Waiting Game"', Digital. Ann Shaw says:" This was taken in Mexico after visiting some Mayan ruins. The juxtaposition of the iguana and the couple caught my eye."


AB: Francis Alys trained as an architect and Susan Hiller had a previous life as
a sociologist. Both are high profile artists with major retrospectives at Tate. Has
your background as a journalist shaped the kind of artist you are?

AS: I am curious to see your reference to Francis Alys and Susan Hiller, whose
work I greatly admire. In my own case I found that I was not taken seriously as
an artist because I was already known as a journalist (in art school I reckon I
got an extra tough time because of it). I think it’s only now, very late in life, that I
have the confidence to combine the two, to let the one feed off the other.
For a long time I tried to banish my background in journalism but now I realise
that it feeds into my current practice more and more. For example I am working
on a project ‘The Time of Our Lives’ which challenges our stereotyped image of
our ageing population. Because of my journalistic background and contacts I find
it very easy working with people. In fact I seem to be moving more and more
towards ‘social sculpture’ where the interaction between people and their
contribution becomes greater than the finished film. Having said that I have
recently gone back to a life drawing class in order to get back in touch with the
special kind of magic of putting marks on paper – something lost in computers. 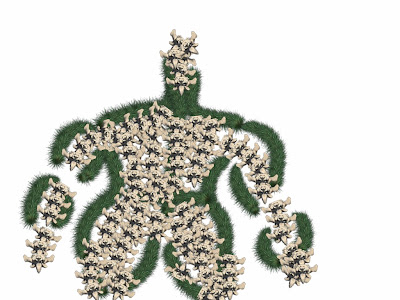 
AB: Your blog is currently concerned with preparations for the Forth Valley Open
Studios. Open studios raise the hoary old question of putting a price on art.


AS: There are many different threads to art and one of the things that organising Open Studios has taught us is that there is a role for all. Studios are not vetted. We let the public decide."
Posted by Ann Shaw at 6:36 AM