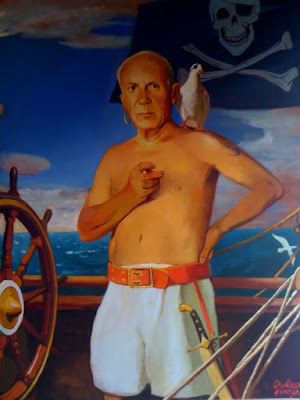 Russian art. Big Russian presence in Venice - and it was good, and challenging 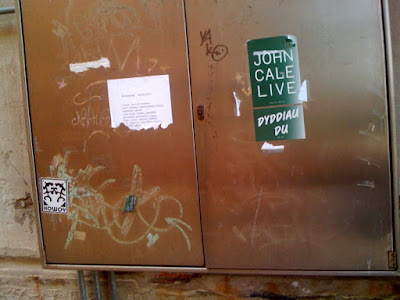 Wales: John Cale- disappointing. By the way this was the only sign leading to the Welsh venue. OK they had a board outside the venue but by that time you had found the place!


Just back from Venice. Bit of a curate's egg- good in places but also some very boring stuff. How on earth did they get selected? I heard of one guy who was so incensed with the representation from his country - Cyprus- that he went along to the officials to complain.

Loved the Canadian and Icelandic contribution though bemused at the Welsh one from John Cale. Why was he water-boarded? His film was in desperate need of editing...and more editing.

Steve McQueen had timed entry to his 30 minute film. At least this was very professional but it didn't stop half the audience from walking out...
Heard that he imported the greyhounds for the filming. Couldn't help feeling that this was a bit of a fake documentary, after all it was supposed to be Venice in the winter and those dogs were the key to the film. While I was there I saw pigeons, cats and homeless people.
But no dogs.
Posted by Ann Shaw at 1:55 PM