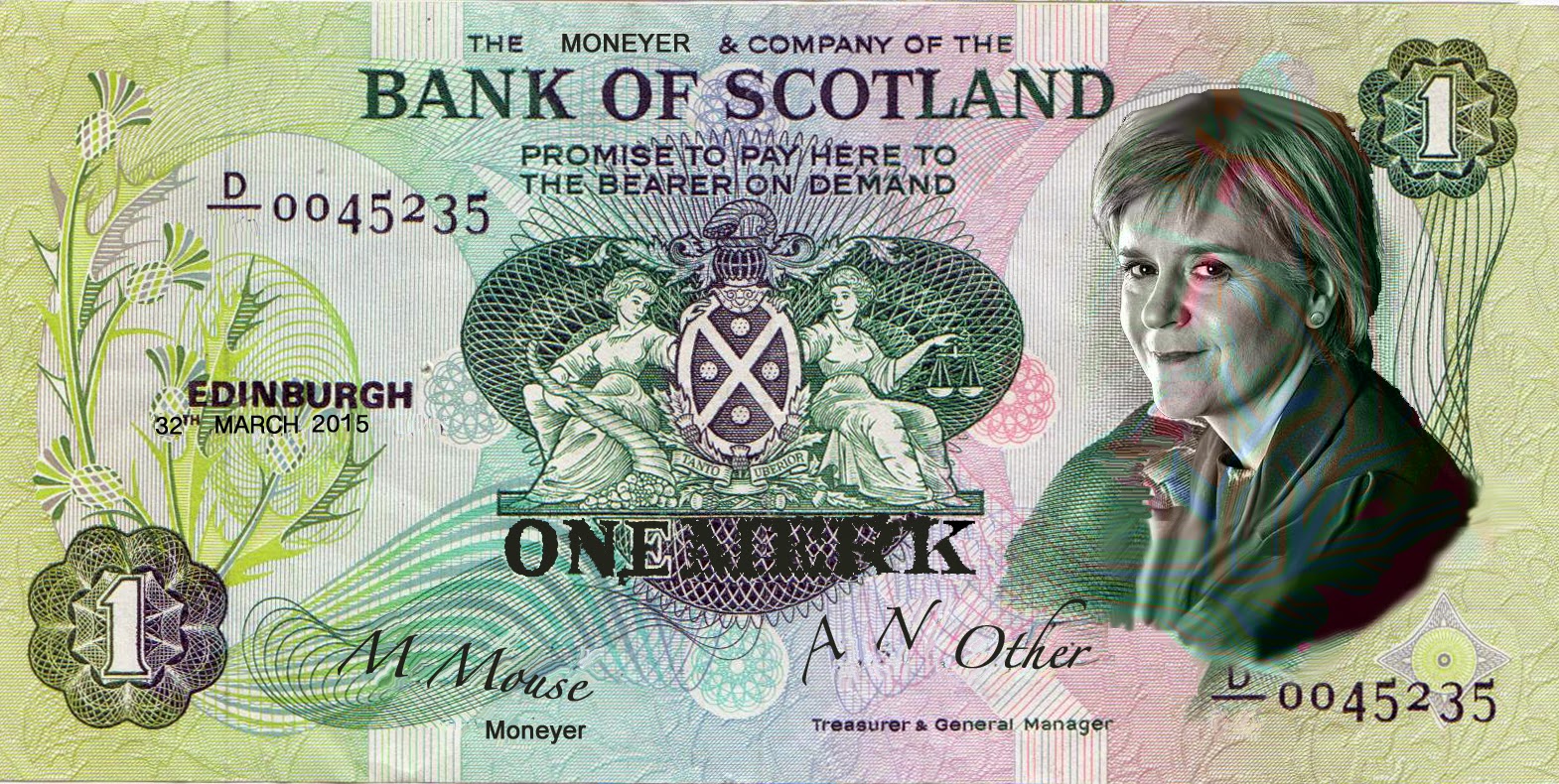 The Bank of Scotland issued yesterday a limited edition of the new currency, the merk, along with the smaller coin, the bawbee.

Professor Gavin McTaggart, a former chief economist at the Scotland Office, welcomes the re-introduction of the merk and the bawbee saying it helps to re-establish Scottish identity by reverting to the original coinage used in the 16th century.

In fact the bawbee, Scotland’s best-known coin, was first issued in 1539 and continued to be struck until 1697, but it died finally with the Union of the Parliaments in 1707.

The re-introduction of these ancient Scottish coinages is yet another symbol of the growing confidence of Scotland as a country prepared for the 21st century.

Already the merk has become a valuable collectors item retailing well above its market value of £1 on e-Bay.

Get one while you can. Be sure to check though that you have the genuine article and it bears the correct date: 32nd March 2015.
Posted by Ann Shaw at 4:35 AM